I don’t even know where to begin regarding Grandma’s 90th birthday soiree, so I guess I will jump right in. 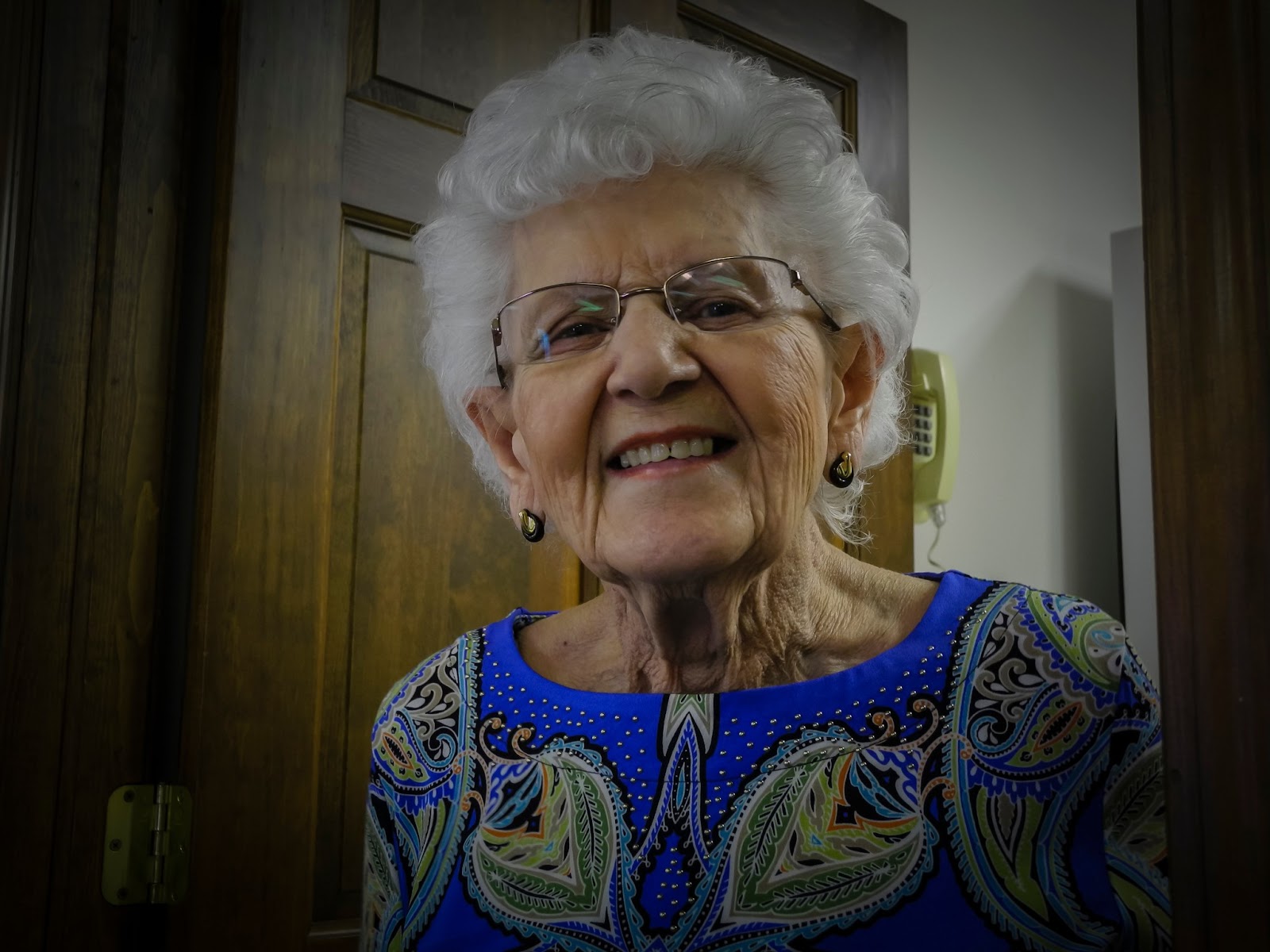 This is Grandma at her party...but you probably figured that out.

And yes I am fully aware that it's been a week since the party and I am just now posting about it. It's been a busy week and I just had so much to share that I had trouble focusing.

The "lack of focus" part should not surprise you in the least.

First of all, I think that Grandma had a lovely time. My mom did a fabulous job of honoring her mother and her 90 years on this earth.

Now to the random and shallow:

Before I go any further, I do need to pause here and make sure I mention my uncle. He tried to call me out at the party on Sunday, claiming that he “sometimes” reads the blog and has yet to see his name mentioned.

For a brief moment, I toyed with the idea of lying and telling him I’d mentioned him but he’s just missed it. But then I a) knew that wouldn’t be right; and b) knew that he would probably go back through each post just to see if I was, in fact, lying.

My uncle’s name is Rick (Richard, actually…he had it legally changed a few years ago to Richard.) At birth he was named Ricky…Ricky Lee, to be precise. Oh yes, he was. And if you read the post with my grandma’s “interview” and saw their family photo circa 1952ish when he was a baby, you already know that he was a child of the early 1950’s.

In case you've never seen the show (which I cannot imagine ANYONE never having seen "I Love Lucy" but there are those who choose to live under rocks) it’s the same name as Lucy’s then-husband, Ricky Ricardo.

Here’s a picture of my uncle; the 11yo took it. How arty, right? 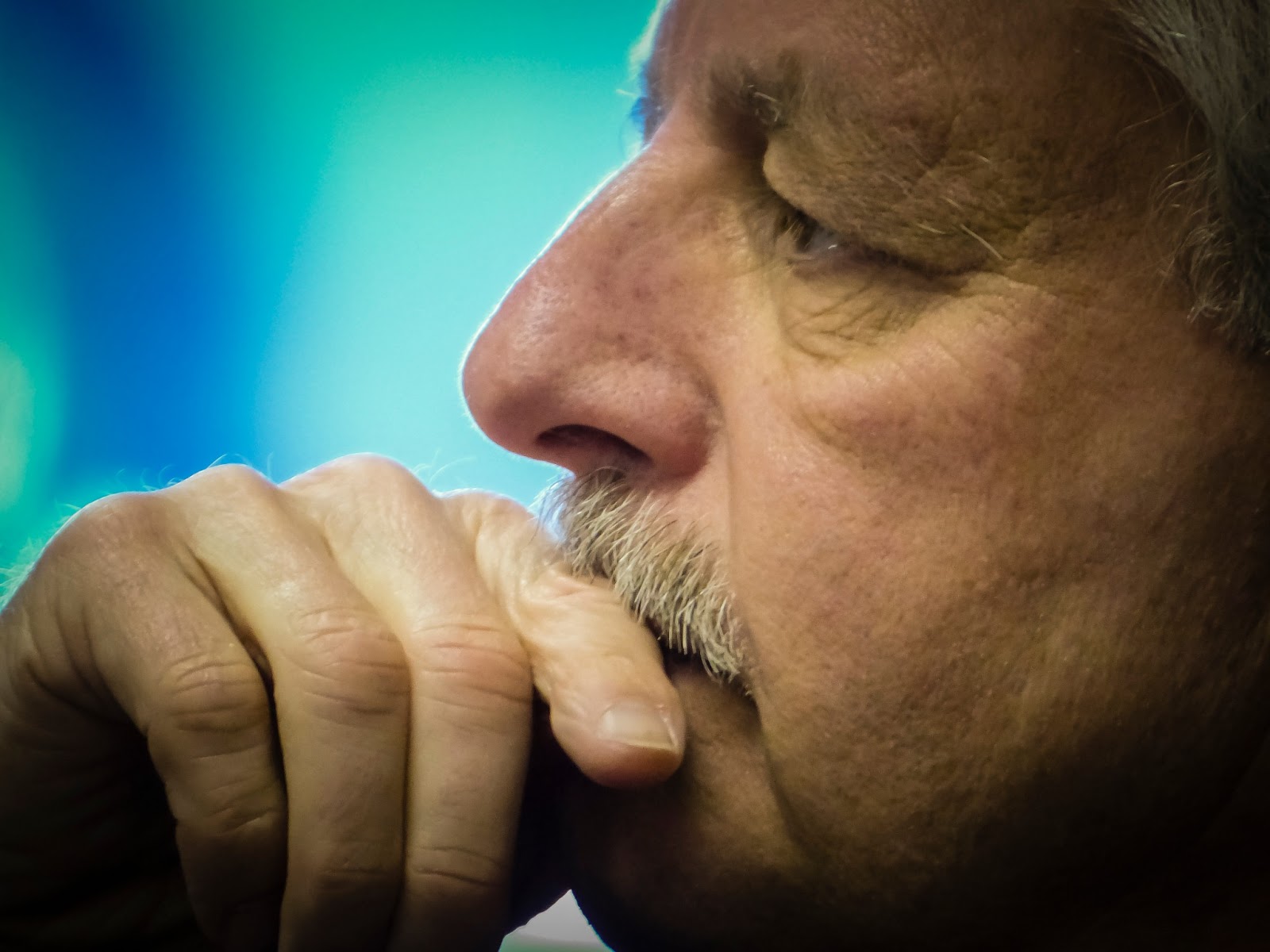 Now back to your regularly-scheduled blog: During the party, I had the opportunity to serve punch and help keep an eye on the table of food and drinks. And please don’t misunderstand…by no means do I intend to insinuate that I did it all on my own…there was plenty to do for all of  us.

I'm just explaining what MY role was.

I do want to give a shout-out to Mr. Always Random...I was more than thankful to have his help. I must confess that all the catering experience he had during college (the 7 years...don't judge) and in the time before we were married really came I handy.

Oh, and I would be remiss if I neglected to mention the catering work I made him go back to doing when I found out I was pregnant with the now-11yo.

All of it…very handy for Grandma's party.

And the PBA got in on the serving opportunities. They were hired (and yes my dad paid them so I guess it wasn't so much service as it was a paid gig) for a little coat-check action and to take photos of the guests as they interacted with one another, as well as with Grandma.

All in all, I felt (and this is TOTALLY unbiased) that they did a pretty good job of staying on task. And I feel as though I have to give the PBA props on their photography work at the party. Now, some of the pictures did get deleted (butt shots and the like…it’s bound to happen by professionals…don’t judge), but those weren't ones you wanted to see anyone. Well, maybe you did but I didn't want to disparage anyone by putting a photo of their butt on the Internet. Especially on of my grandma's friends.

But many other photos were nicely done. Here is a small smattering of the shots they took during the party: 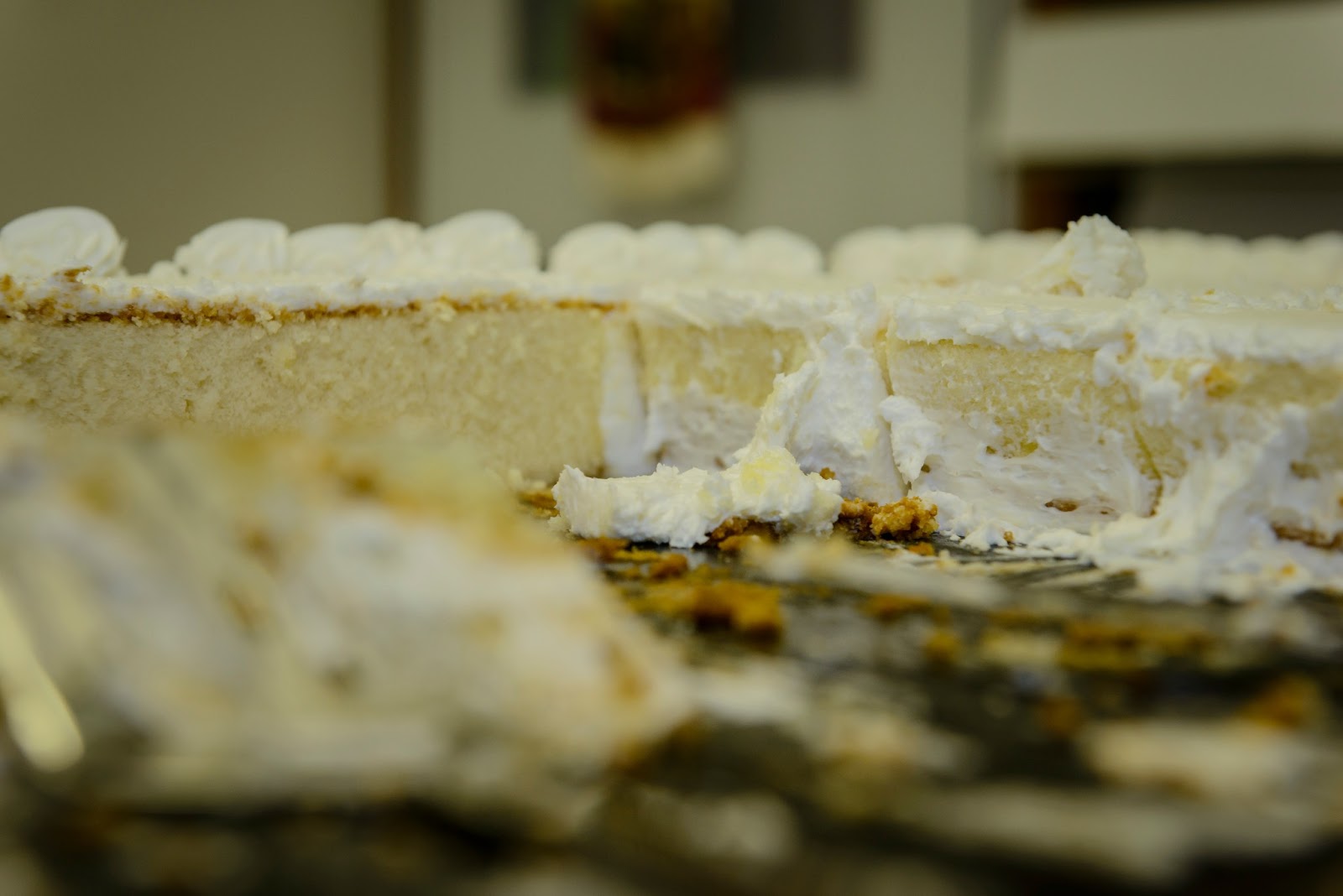 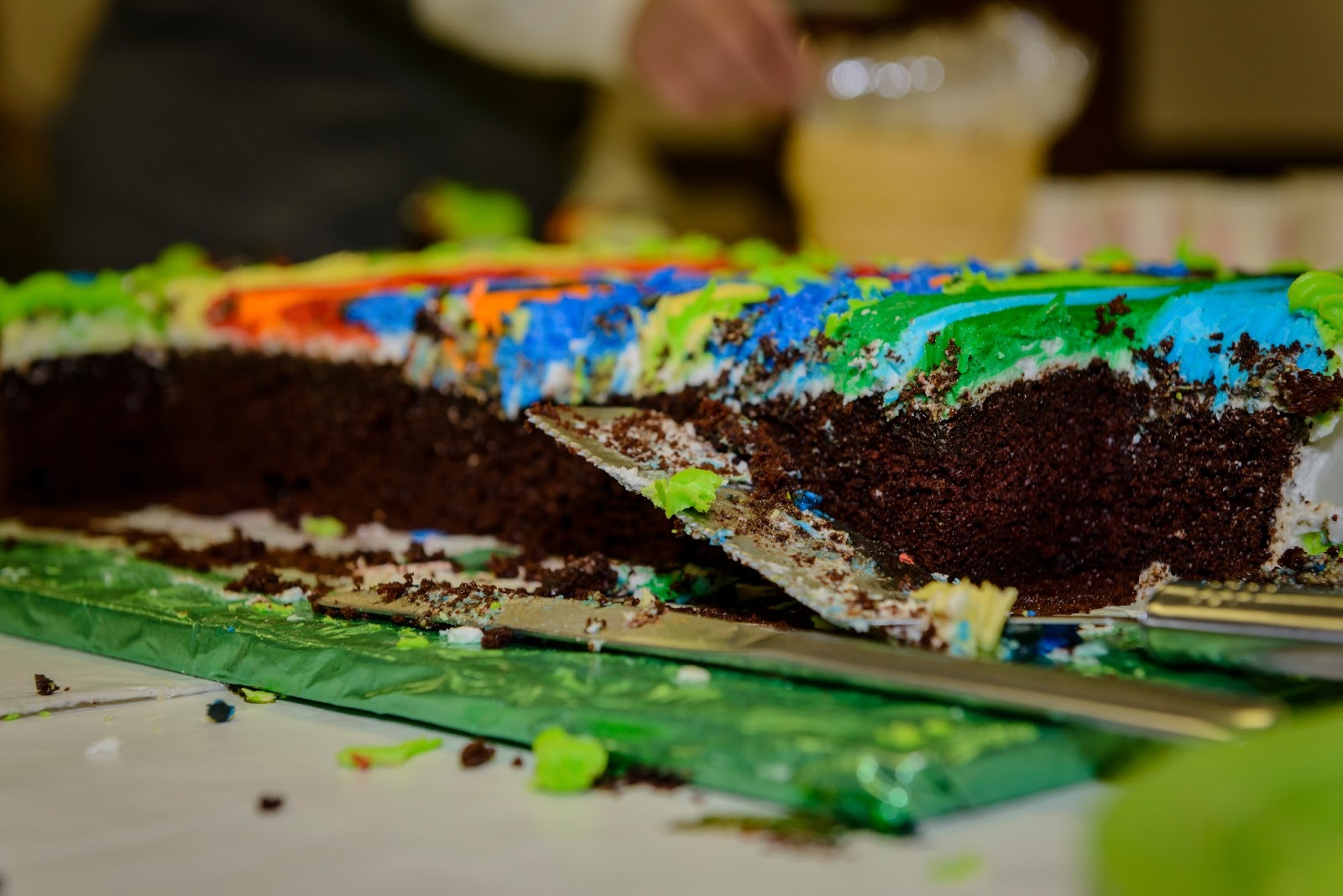 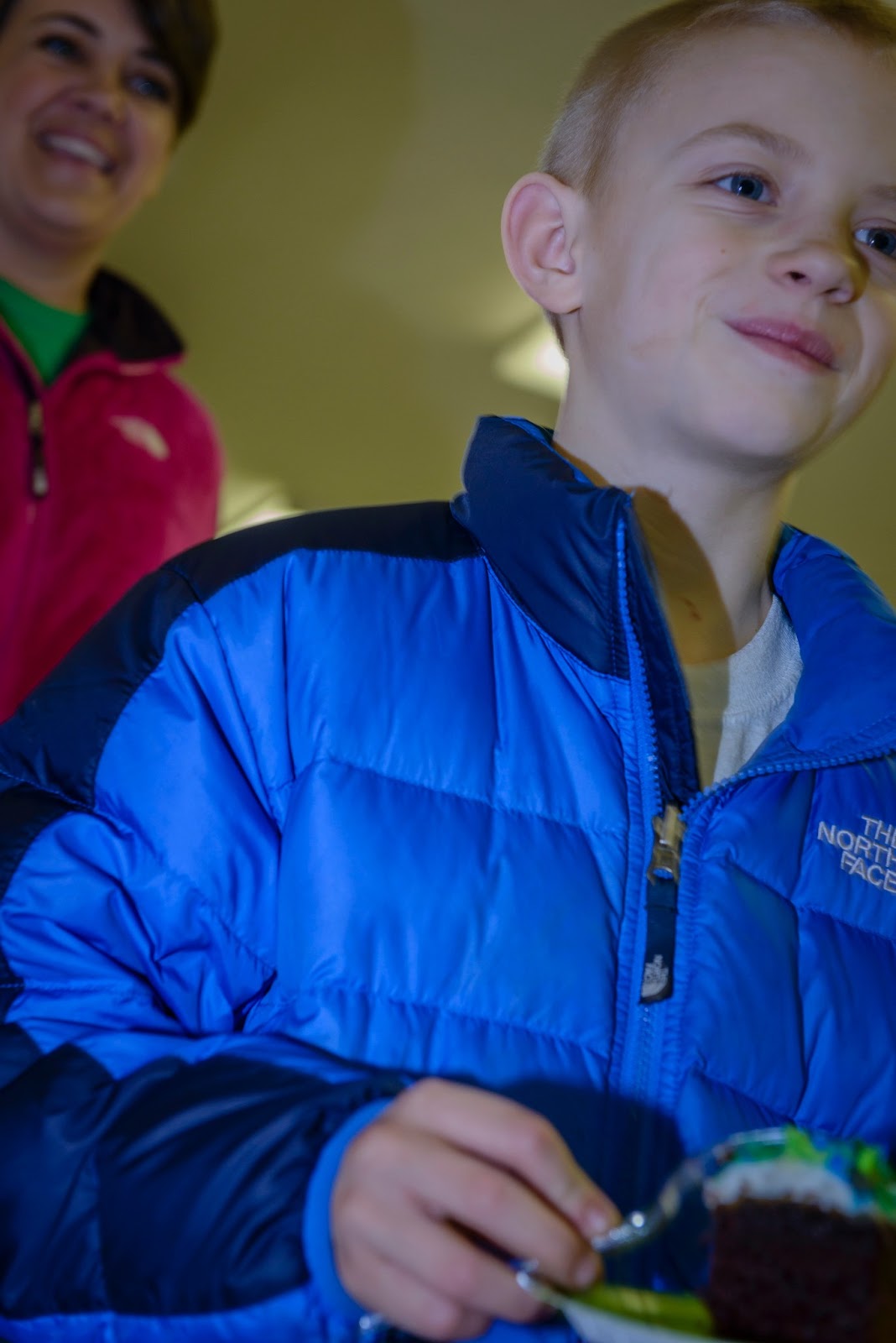 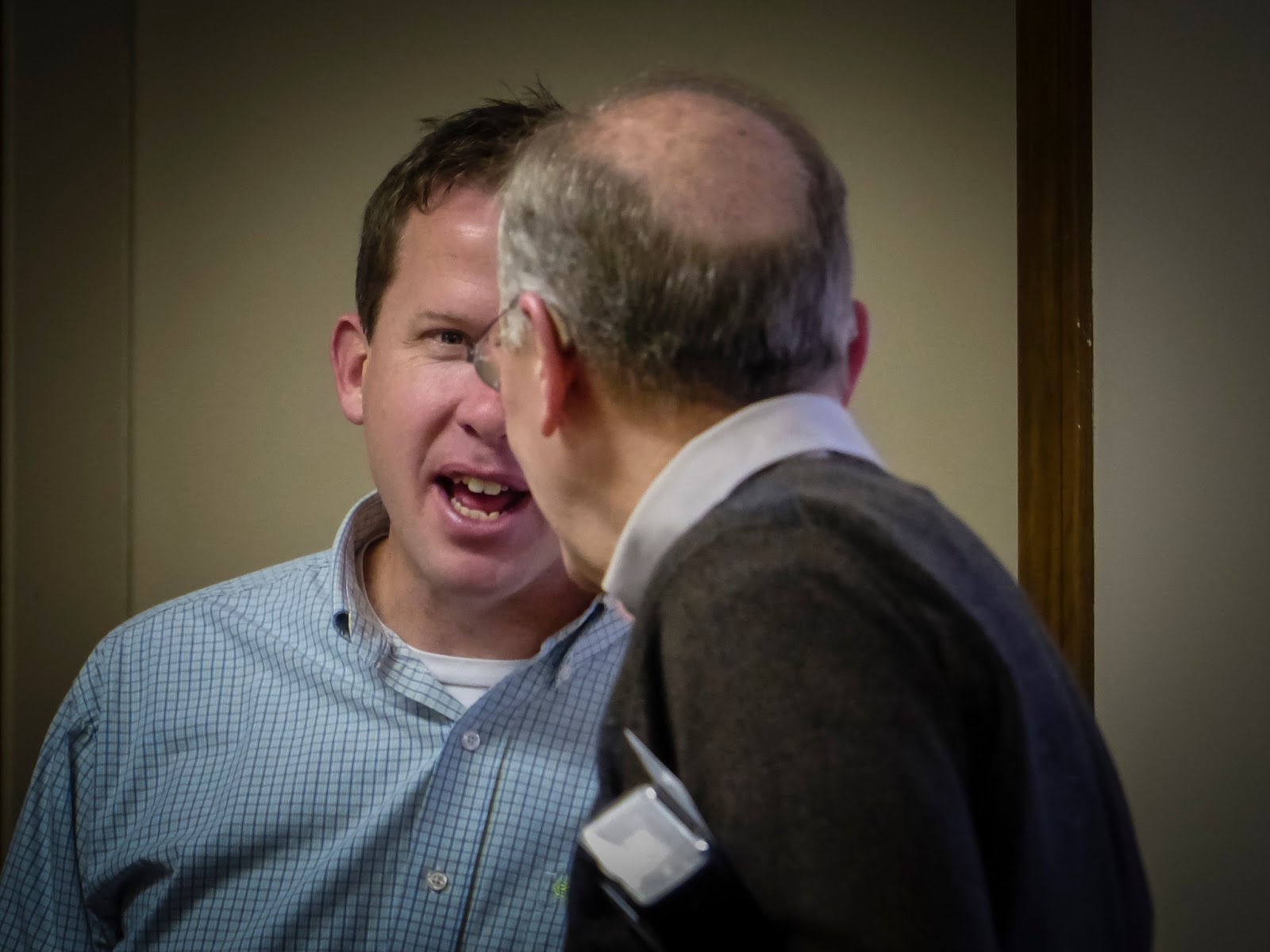 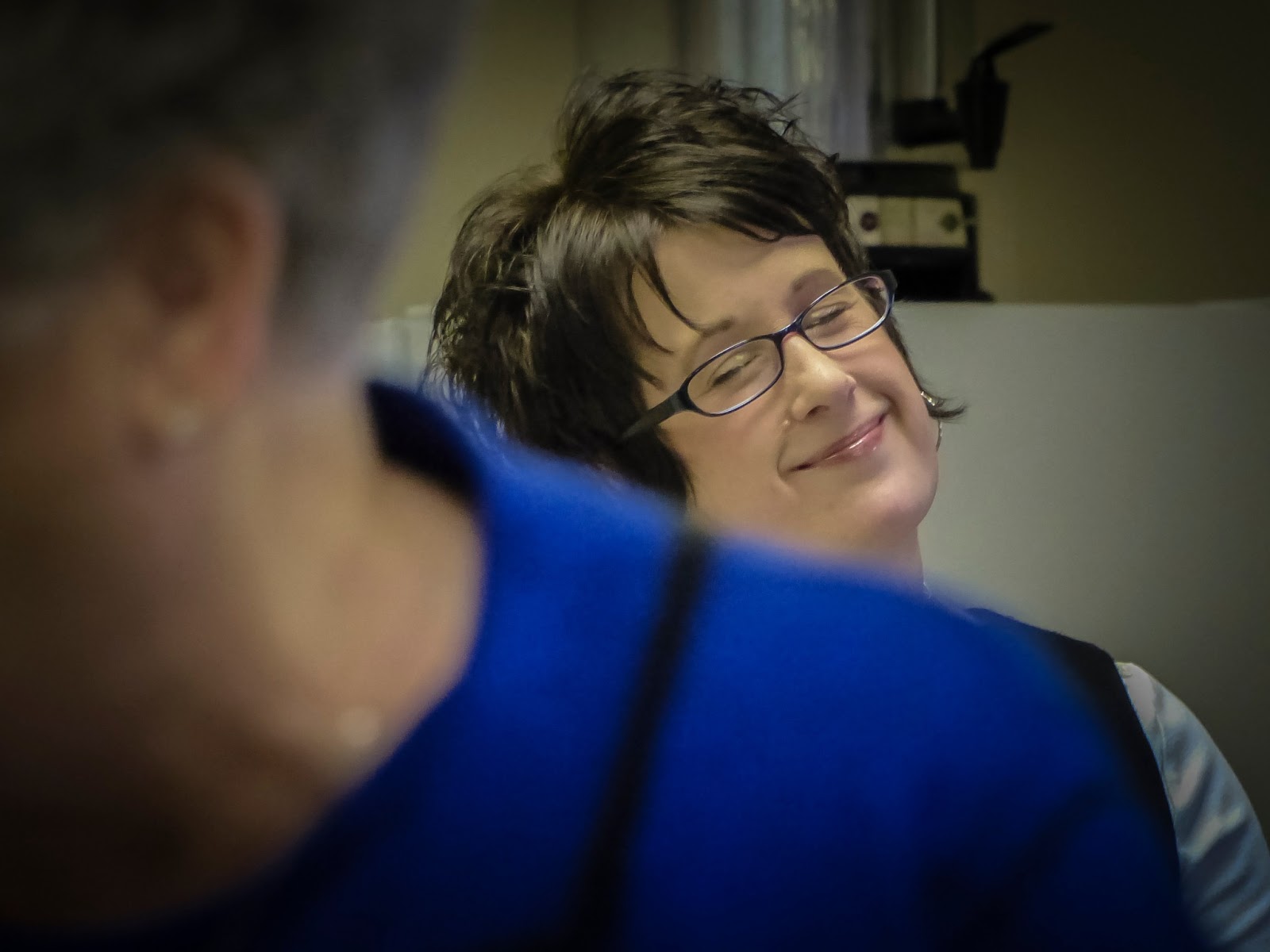 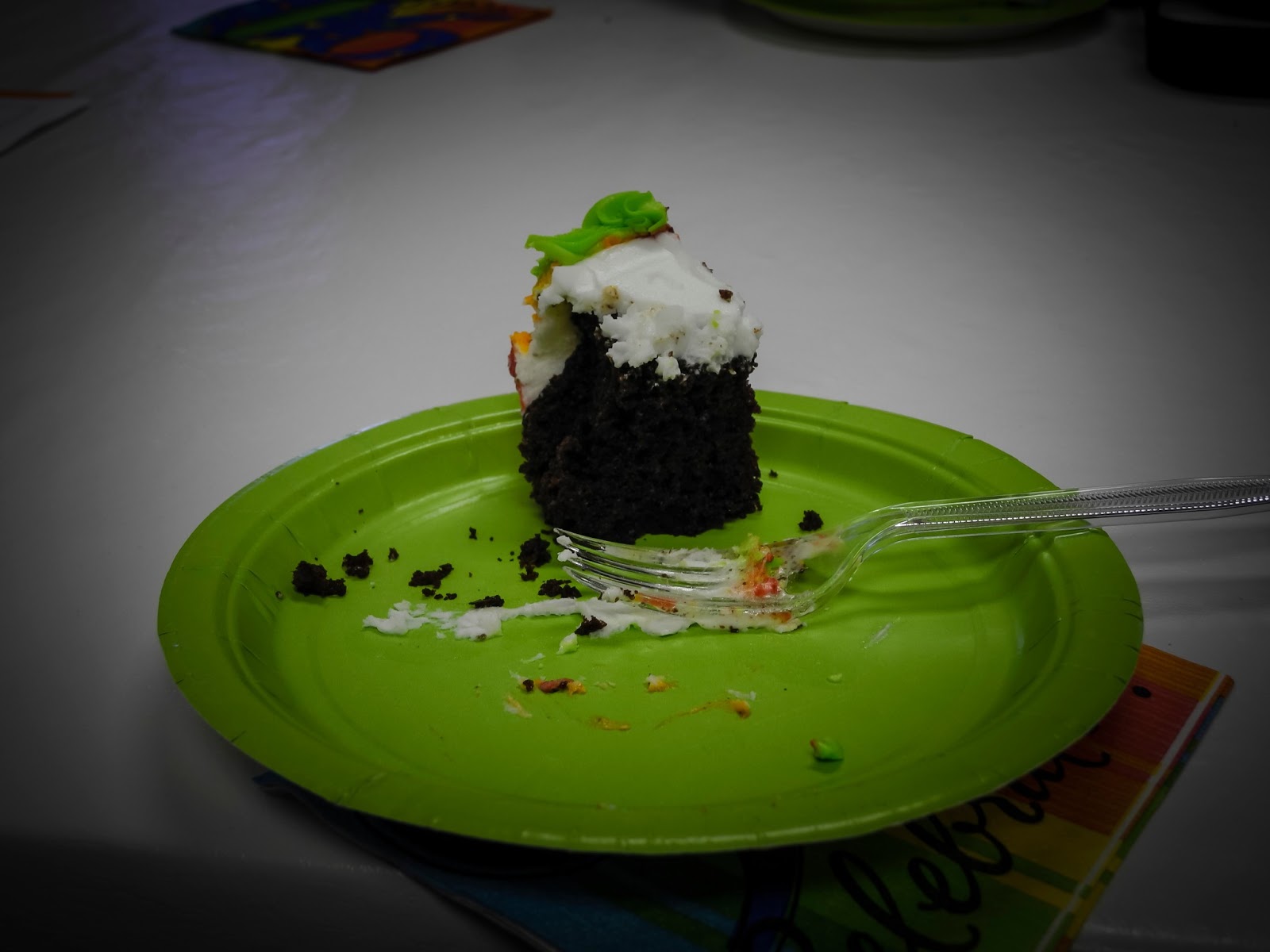 Please pardon me while I need to again digress...but this is to clear something up. I don't completely know WHY, but there was some confusion at the party about who I was/am.

By the grace of God, I'm not who I was but that's not really what I'm talking about right now.

When I was working the punch bowl (you remember that...from way up there in the post), some of Grandma's friends came up to me and said one of two things. And please, before I continue, I must emphasize that I'm not at all mad...it made me laugh as I considered it, though at the time I was at a loss for words.

And you know that doesn't happen often to me.

It was either: "Are you a relation?" (Which I took that to mean, "Who the beck are you because I've never seen you before in my life and why are you at my friend's party?")

I'm sorry...what?  I was so confused by that question...though I realize now they had no basis with which to start up a conversation with this random person who was handing them a cup of green punch.

Fortunately I did have my filter in place so I didn't say what I was thinking, which included but was not completely limited to: "Why else would I be there? If you don't know me from Adam (or Eve) and I'm handing out punch at this birthday party at the Masonic Lodge on a Sunday afternoon, who else might I be? Was it, perhaps, that I just happened to be passing by that afternoon, saw that someone was having a party and stopped by to help out?"

I mean, I am nice like that, but not that nice.

Though there was cake involved, so perhaps I was in it for the cake. "Piece of Cake" cake, no less. Chocolate Almond Raspberry (no real raspberries were harmed in the making of this cake...just raspberry flavoring...phew!)...which would be worth working the punch table of a stranger just for the possibility of having a slice of that cake.

But no, I was/am a "relation"...a granddaughter even. Not even a third cousin twice removed.

So here was my reply: "Yes, I am a relative...I am her granddaughter."

Following my explanation, in which I CLEARLY stated that I was a granddaughter (notice, above, EXACTLY what I said), I heard this next statement: "Oh, it's so nice of  you to have this party for your mother."

This was even more disconcerting that the initial question.

And some people simply bipassed the initial comment and just started out with this presumption of who I was, without giving me the chance to explain...they STARTED our conversation with  "Oh, it's so nice of  you to have this party for your mother."

What? I was even more confused by that comment. And frankly after the first time I heard it, I stopped trying to explain. "Yes...I am so nice, aren't I? I'm so glad you noticed."

As I ruminated on it further, I am certain that a) the Senior Saints to whom I was talking don't really realize how old they may be; b) how old the daughter of a 90yo (and it was clearly a 90th birthday party we were all attending) might be, and it's probably not going to be 39; and c) that to them their idea of a "granddaughter" looks more like this...a tiny little bit of a thing who's no more than 2: 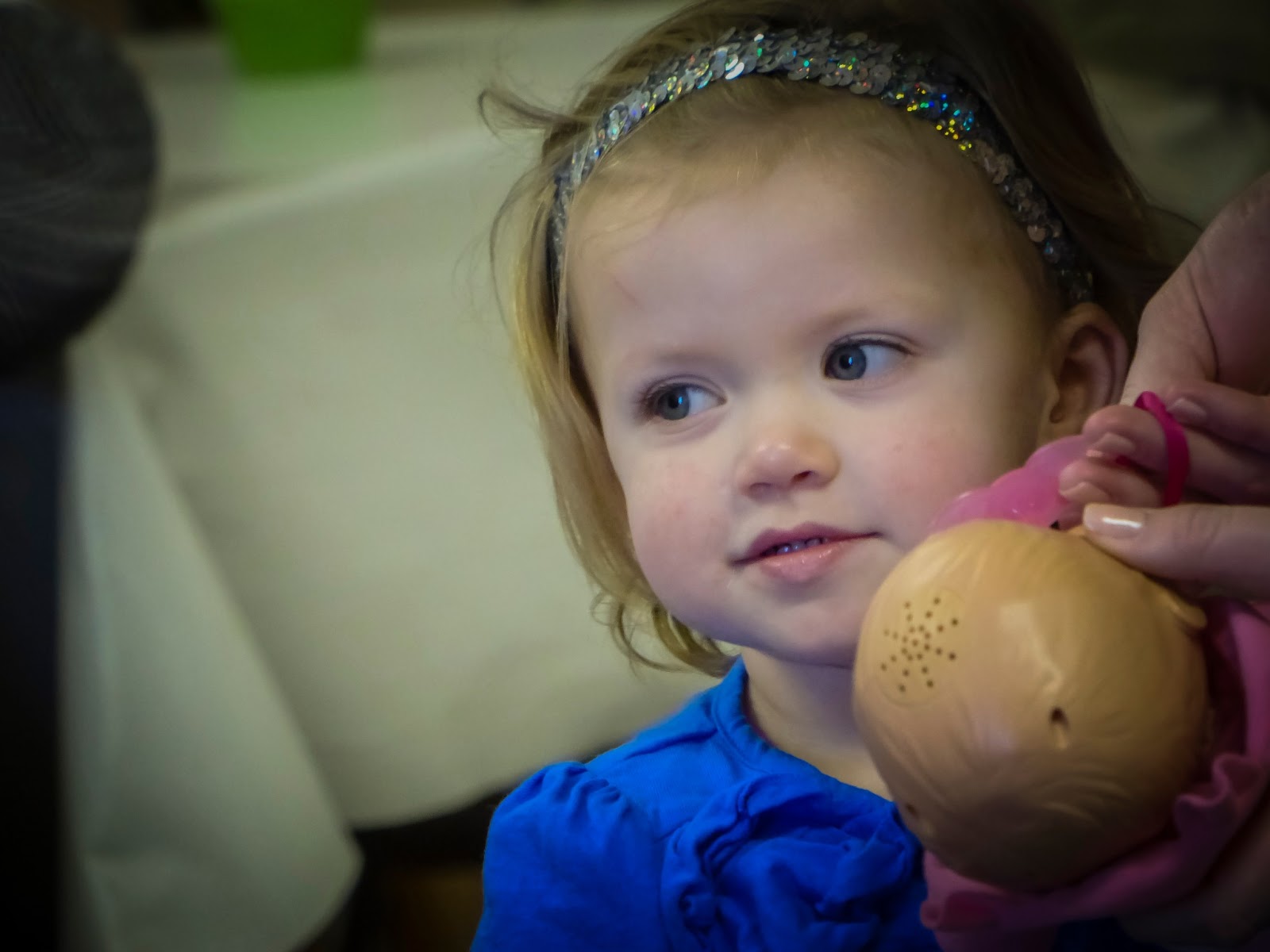 This is actually my cousin's daughter, thereby making her a GREAT-granddaughter to my grandma. But I suspect that's what they think of when they think "granddaughter." Grandchildren range in age from infant to preschoolers.

But I will add this in, just in case anyone cares; it shows me AND my mom...who is my grandma's daughter (and no my grandma's name is not Rosemary, and my mom is not Rosemary's daughter...but Grandma has a cousin who IS named Rosemary. But Rosemary is actually my mom's age. Yeah, I wrote that right...I even re-read it three times to make sure. But I really digress...) 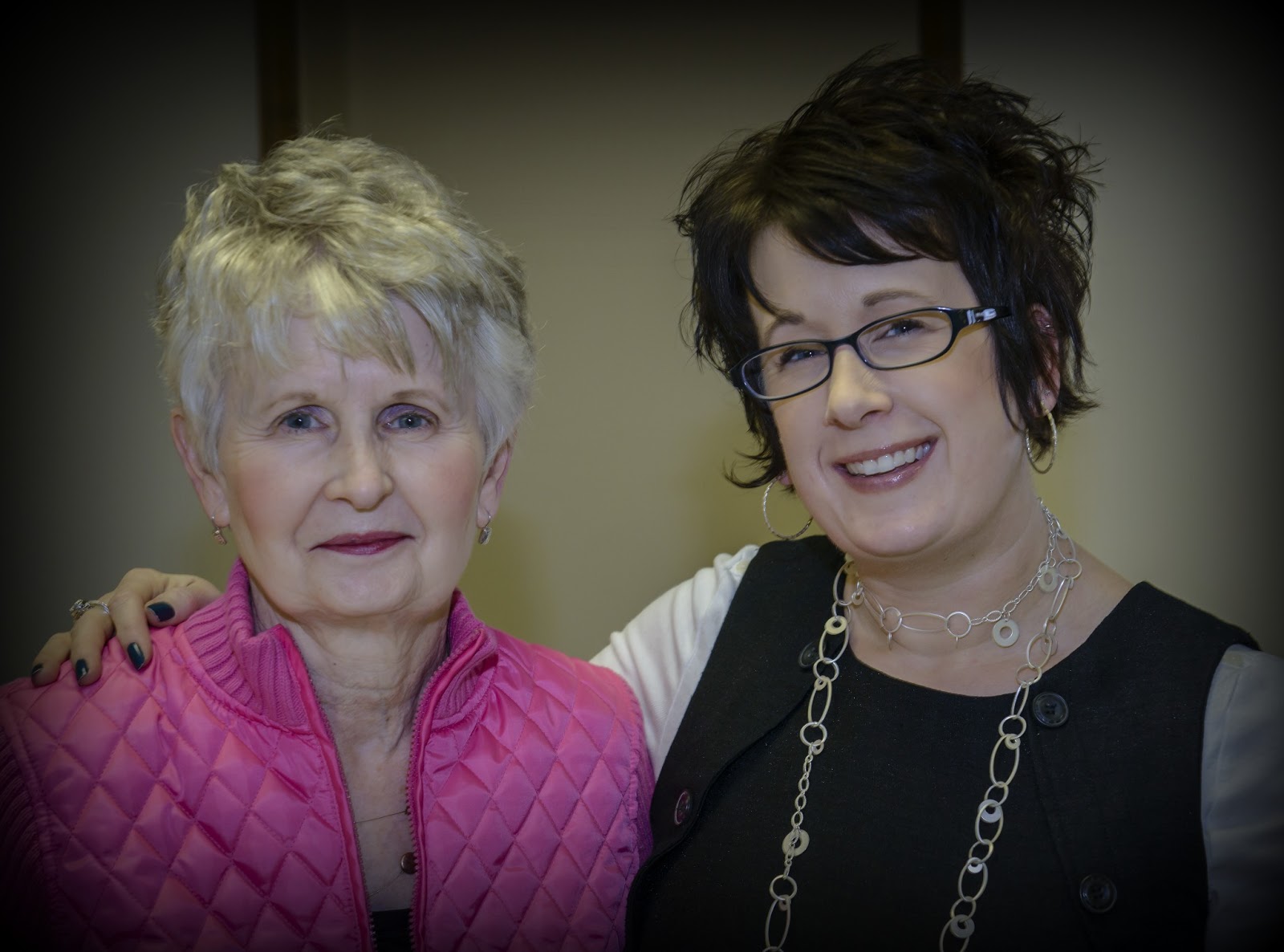 Ok, enough about the confusing of my conversations that day.  And...like I said, I'm having trouble with transitions, so I'm going to leave you right here.

Random Stuff About Me

Mrs. Always Random
Midwest, United States
I will be fostering (hence the blog name…see what I did there? No, not just a clever name b/c I am a foster care advocate; this technique is called a double-entendre…look at me teaching so much already. Perhaps I under-estimated myself and my educational abilities...) the woman I feel God has meant me to be: a writer, a sharer, a story-teller, a friend, a listener, a prayer-warrior and lots of other hopefully-funny, silly, and crazy things.

People Seem to Enjoy These the Most

A Random Assortment of Blogs I Love